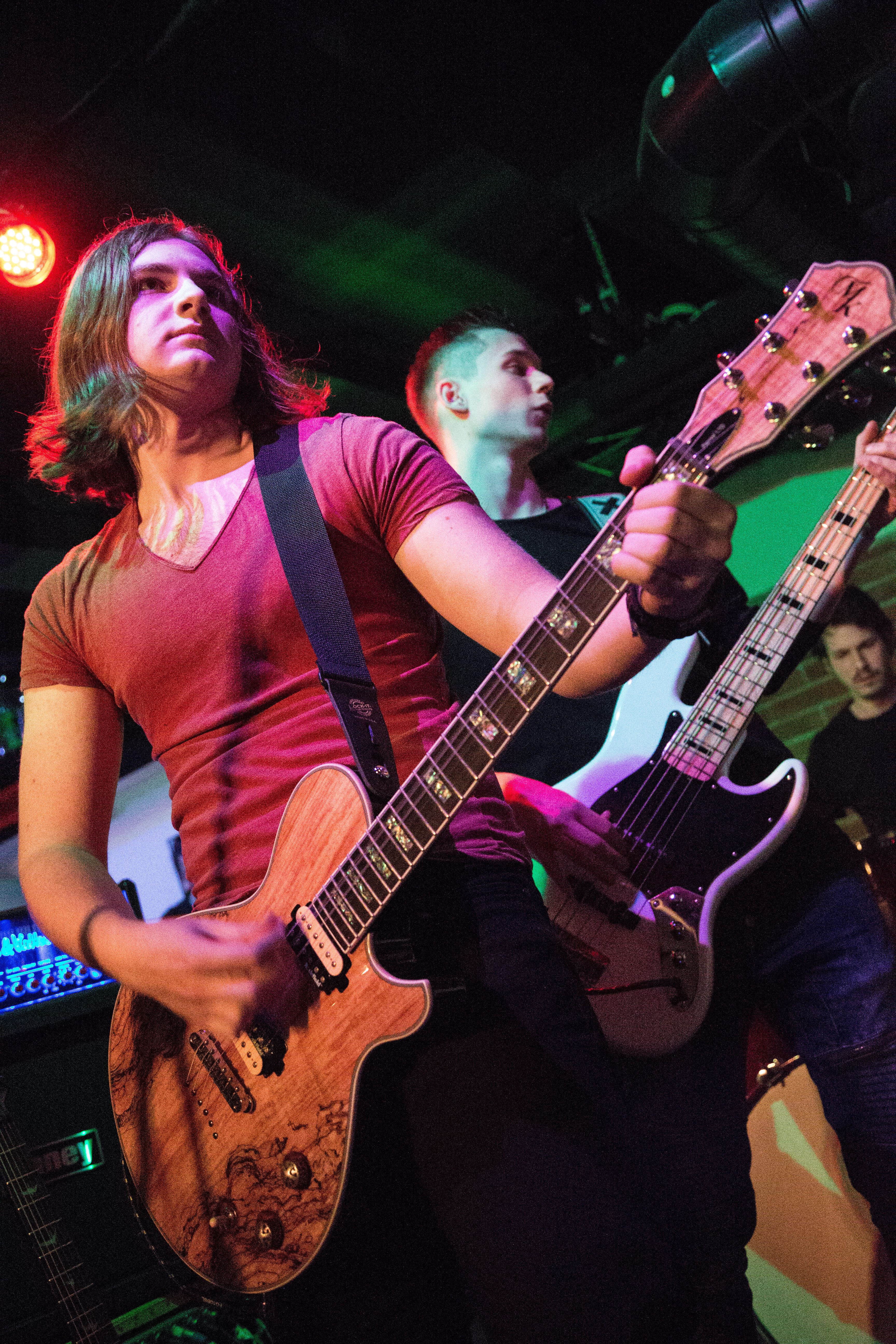 Hey there, it’s Jakub here again with another episode of What we play! Today I’m gonna write about my live guitar rig, or more about the fact that I seem unable to come up with a rig in which I don’t switch parts out on a daily basis. So let’s get to it! But firstly, let me talk you through a brief history of being a guitarist and having a rig to play with.

It all started in 2012, when I played my first real show – The Little Prince – a musical that I wrote. My rig back then was simple – Tenson California guitar (a strat copy) into a Bugera V22 combo. I didn’t take many pictures back then, but hopefully you can recognise some parts of the rig (and very young me!) in this backstage video. I didn’t know much about guitar sound then, in fact, I was only 12 years old. But it sounded somehow, hopefully good. In fact, I still have both the guitar and the amp today. The amp still plays awesomely and the guitar now exists in a form of Fender Stratocaster, I took it apart, left just the body and replaced everything with Fender original parts (click here to see how I did it!). Anyways, back to the rig.

The first addition were two pedals (EHX Big Muff for some filth and Dunlop Cry Baby) and a rack multi-fx processor (Behringer Virtualizer) to the FX loop for some delays. Then it stayed this way for quite some time and I was happy with it. Parallel to that, I was using (and I still am sometimes, however not with The Only) a laptop with an amazing software called GuitarRig by Native Instruments and a RigKontrol 3 controller for that (that also doubles as an audio interface).

But being a guitarist, I wanted some stompboxes to play with, and a real pedalboard. So I’ve slowly started expanding my collection and put this, my first proper pedalboard, together. It felt amazing, check it out:

It sounded great, but as some other guys too, i ran into a problem of tap dancing, or in other words, switching too much pedals and thus not focusing on my playing. So i did some research and found out that the perfect thing for me is out there and it’s called GrandMeister36 by Hughes & Kettner. I think that it’s the best thing ever and I’ll write something in depth about it in a next episode of What we play. Due to the fact that GrandMeister’s got onboard effects processor and it’s got 4 channels, there’s no need for me to run effects with it, except for a wah-wah and a tuner. I’ve used it like this on all 3 The Only shows and it’s always worked wonders! Here’s the GrandMeister in the right corner of the stage at our first gig:

And this is a pic of stuff at my feet from our 3rd gig:

But on rehearsals and in my free time, I really love to experiment with sounds and various effects configurations since I’ve already got a collection of them. I create a lot of messy (and impractical) setups, like this one:

So, that’s it for today, now you know how Jakub gets those awesome rock n roll tones and hopefully he’ll figure it out show a rig that stays the same for more than 2 weeks! Already looking forward to next Monday? Jakub, our drummer, will write about what he plays (smashes) in the next episode of What we play! Till next time!